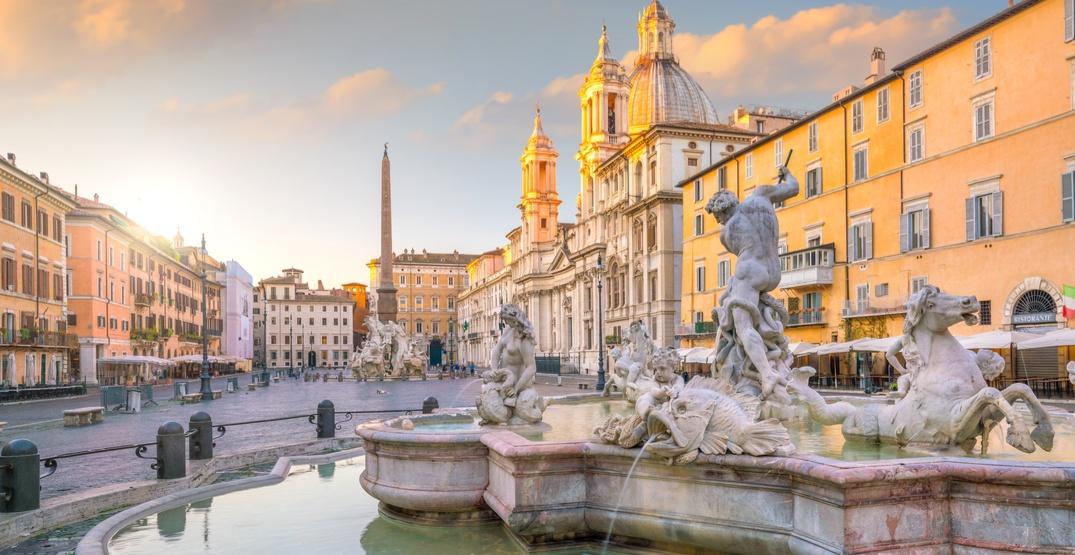 Europe is an amazing continent to visit. The cradle of Western civilization, Europe’s history stretches back to the ancient Greeks and Romans. In modern times, the region is divided into a great number of different countries, each with its own distinct culture, history, and iconic landmarks.

Whether you’re planning to travel to Europe from Canada, the US, or elsewhere in the world, it is important to choose the parts of the continent you want to visit.

Some of the most popular destinations include France, Spain, Italy, and Germany, which are all part of the European Union (EU). However, not all of Europe is in the EU, which currently consists of 27 nations.

But how many countries are in Europe as a whole and what how do the different blocs within the continent affect travel?

How many countries are there in Europe?

Surprisingly, there is no absolute consensus on the total number of countries in Europe.

There are 42 independent states located completely in Europe that are recognized by every government around the world. There is also the state of Kosovo that is recognized by a majority of countries.

There are an additional 5 countries that straddle the border of Europe and Asia, with territory on both continents, including Russia and Turkey.

France is an odd case, as it is generally thought of as an exclusively European country. However, it has some overseas regions that are officially part of the country proper, including French Guiana in South America, making it another trans-continental nation.

Finally, there are 2 nations that are geographically entirely in Asia but are culturally European and are members of European organizations.

This brings the total number of countries that can claim to be European to 51.

27 of these are members of the EU, while others have formed other blocs, such as the European Free Trade Association (EFTA).

Which are the 44 countries in Europe according to the UN?

The United Nations names 44 European countries, excluding Kosovo and most of the trans-continental states.

The UN lists the following countries in Europe:

The UN list includes Russia, most of which is in Asia, but whose capital, Moscow, is in Europe. However, it does not include the following transcontinental countries, all of which are also partly located on the European continent:

The UN’s list also excludes the following countries, which are geographically in Asia, but share cultural characteristics with other parts of Europe and are members of European organizations, such as the EU:

Kosovo is also left off the list as it is not recognized as an independent state by all members of the UN. However, it is recognized by the majority of countries around the world.

In addition to these 51 countries, there are a number of regions that have declared independence but have not been recognized internationally as independent states.

There is also the conundrum of the United Kingdom, which is composed of England, Scotland, Wales, and Northern Ireland. All of these are often thought of as separate countries both culturally and historically, but all of them are governed from Westminster as one state (the UK).

Finally, there are a number of dependencies and territories belonging to other European states, such as Greenland (Denmark) and Gibraltar (UK).

As you can see, the question of how many countries are in Europe is not straightforward.

Different countries have different rules for foreign visitors. You might need a visa to visit some places, while for others you might just need your passport. Visa requirements usually depend on your nationality.

Europe is an interesting case because many of the countries are members of blocs such as the European Union (EU) and the European Free Trade Association (EFTA). Most of the EU and the EFTA together form the Schengen Area — an open borders region with a shared visa policy for travelers entering from outside the region.

Depending on your nationality, you might be visa-exempt and be able to enter any and all countries in the Schengen Area with just your passport or you might require a Schengen visa that will give you access to all 26 states that take part in it.

Starting in 2022, visa-free travelers to the Schengen Area will need to register with the new ETIAS system before traveling.

Countries outside the Schengen Area have their own visa policies, so if you’re planning to visit places like the UK, Ireland, Russia, Serbia, or Turkey, it’s a good idea to check the entry requirements for your destination and make sure you have any relevant travel documents.

Which countries are in the EU, EFTA, and Schengen?

The EU is made up of 27 countries:

The EFTA is composed of the following 4 countries:

Currently, the Schengen Area is made up of all 4 EFTA countries and 22 EU states.

The Republic of Ireland has an opt-out and decides its own visa policy. Meanwhile, Bulgaria, Croatia, Cyprus, and Romania are legally obliged to join Schengen in the future, once they have made the relevant preparations in terms of border control and other factors.

Aside from these exceptions, you can visit all of these countries with a Schengen visa or ETIAS (from 2022).